Two bad tempered deadlines stand outside the window in front of my desk.  Rather than give into intimidation, I went to London for a few days, wrote nary a word.  Not so much a stance against terrorism as being led into temptation by a friend; she posted a trailer of Once the musical on Facebook.  If you’ve not seen either the film or the musical but want to, then avert your gaze now.

For me, Once the film, was a volunteer handing out water bottles along the marathon route.  Although I’m American, I’d lived in Galway for years, a city where culture sits on a kerb holding a pint and singing music that makes the hair on your head stand at attention.  The years of absorbing Hiberno-English, witnessing dramas happening on the high stool next to me, these were a writer’s baklava.

When my application for Irish residency finished its third year of languishing on someone’s desk, Tánaiste Mary Harney put a moratorium on work permits.  Good-bye Galway.  I went from a people who called a child, ‘vein of my heart’ to a place that thought a teenage mother having her child stolen was a ‘twee Irish story’.  There seemed an impenetrable resistance here to portraying the Irish as anything but caricature.  I put my twee Irish stories to the side and wrote about war. 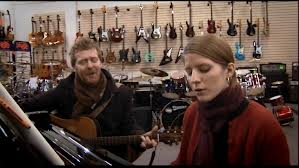 Ah, but there was Once the film.  Here, was an Irish story, not of Paddy and Biddy, but of real human narratives found every day at the Spanish Arch or walking past Lynch’s Castle or on the bus to Salt Hill.  When the male lead sang, he stripped his throat with angry music that a Dublin street didn’t stop to hear.  So The Guy, as the male lead is referred to, meets The Girl.  Her heart and her voice sing harmony to his, then she takes the melody and coaxes him off the ledge in a quiet and compassionate way.  The film ends, not according to formula, but as life often proceeds.  It asks the difficult questions and gives the less than acceptable but honest answers.

Then there’s Once the musical, a fantastic production with tremendous talent that prompted a well deserved standing ovation on the night we attended.  The musical has a different tone than the film.  The bleeding vocal chords are gone.  There are jokes.  There is dancing.  The Guy is more of a Lad and The Girl is not so quiet.  Their creative reverberation that was palatable in the movie, is missing in the musical.  The Girl becomes an expendable artifice to help The Guy find the woman who broke his heart.  And as the script tortuously resolves the conflicts of even minor characters, The Girl’s story is cut off mid-refrain.

It’s testament to the story’s strength that it’s just as good a musical as it is a film.  The Guy’s conclusions about life in the beginning are ones many of us reach at some point, whether we’re musicians or lovers or stock brokers.  The universe gave him a heart that ached for beauty and the ability to create a way of releasing all he experienced to a larger world, only to find the world determined not to listen.  The Girl listened and gave him courage to keep singing. 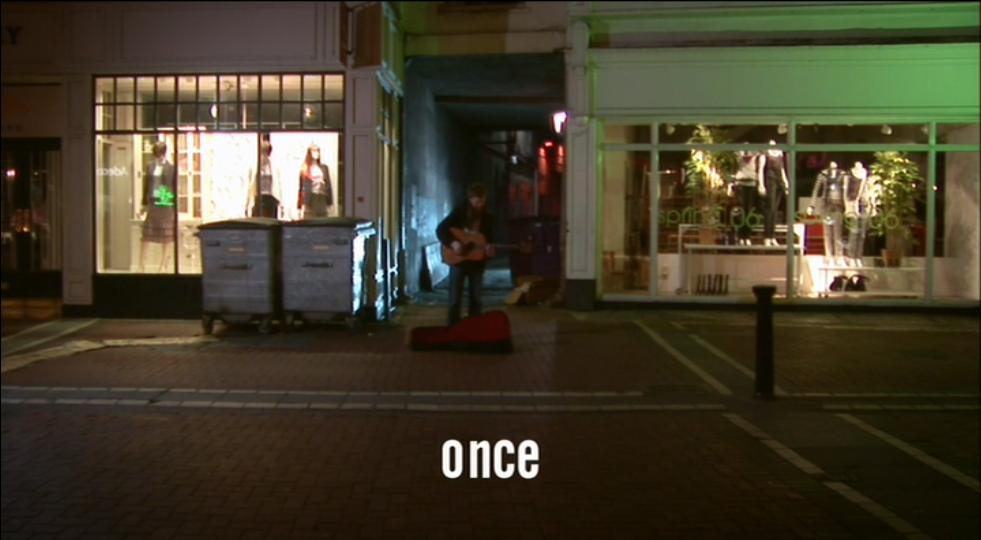 But in the film, The Girl’s song was every bit as evident, and she led the plot in a direction which challenged the audience.  She is, in many ways, a more admirable character.  Her resolution shouldn’t come from sending The Guy off to New York to find his happiness at her sacrifice.  She’s not his mother, after all.  While the musical does well as His story, it missed an opportunity by not being Their story.  In doing so, the musical confirms for The Girl and all other Girls that regardless how much their heart aches to communicate, the world still isn’t ready to listen.