The Itinerant Magpie, aka Aleksei Drakos, guest blogs this week on what it's like to be a scary transman.  You can find his blog at http://saschk.blogspot.co.uk/


New Orleans, 2010.  We’ve been on the road since 4 AM, driving from Savannah to Austin.  Where better to make a pitstop for good eats than Savannah’s free-spirited older sister?  We wander around the Quarter for a bit before ducking into a little bodega just down-at-the- heel enough, you know the food is gonna be spectacular.  We’ve got that delirious frivolity that too little sleep and too much time on the road brings; it lasts right up to the moment we get ready to leave, with a stop at the restroom.

It’s tiny.  One urinal.  One sink.  One stall with a set of saloon doors that barely covers my torso.  All I can think is:  Shit.  What do I do?

“Don’t worry,” Cap says.  “I’ll protect you from any Bubba that walks in.”

And suddenly it’s okay, not just because I know I won’t have to deal with some awkward (and maybe dangerous) encounter with a Good Ol’ Boy, but because with that statement, Cap lets me know he gets it.  He’s a straight, cis-male, but I’m his friend and he gets why something as simple as using a public restroom can be stressful and terrifying for a transgendered person. And he’s got my back.

Some US states are trying to restrict bathroom use by transgendered people.  A small but very loud segment of the cis-world is in a furore over the threat transwomen pose in female bathrooms, despite lack of evidence that the threat is real.  On the other hand, there are plenty of police reports on file that document how using a public toilet resulted in violence for a transperson. 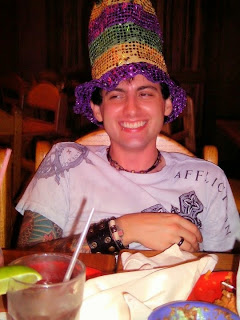 You should never trust a person in a silly hat.

When I started my transition at 18, I didn’t feel optimistic about it.  Treatment was expensive, far away, and I had no idea where to start.  The first psychologist I told about it, didn’t know the difference between being transgendered and being bisexual.  She explained that the only reason I felt this way was because I’d been raised by a single mother and felt the need to fill the male role in the household.

Needless to say, I was not impressed by her assessment.

When I moved to Ireland, I expected more of the same.  What I found was completely different.  I was put in touch with a psychologist in Dublin (coincidentally, also an American) who specialised in transfolk.  He was linked with an endocrinologist and a trans support group, as well.  For the first time in my life, I had access to an entire community of people just like me.  (At the time, these guys were the only ones treating GID, so literally every transperson in the country had access to each other.)  It was great.  I started HRT. I completed my Real-Life Test.  I had my chest surgery done.  My alien identification card proclaimed me male (this required some persistence and flat out saying to the agent: “Do you want to check what’s in my pants, or will you take my word that I know what gender I am?”  He took my word for it).

When it came time to return to the US, my doctors gave me all the letters and documentation I needed, and assured me things would go just as smoothly Stateside. I’d already gotten through the hard part, after all. Everything that came next was just maintenance.

You would think.  But Ireland is part of the EU and transpeople are protected in the EU.

Once back in the States, I couldn't get health insurance because I'd already been diagnosed with gender dysphoria and therefore had a pre-existing condition, which meant the $500 a month (easily half my monthly income) for the HRT prescription came totally out of pocket, not to mention doctor appointments, regular blood tests, and trying to track down an endocrinologist who would see me without insurance (who didn't know what he was doing, wouldn't listen when I told him the dosage was wrong - it ultimately took 2 years to get me back on an even keel).

Then changing my birth certificate.  Quick lesson for the non-Americans out there: which state you’re born in matters.  A lot.  Most laws are set by individual states, and they can vary hugely. Having lived outside the US as much as I have, I can see how weird that is - being part of the same country but having vastly different definitions of what is legal and what is not.

I was born in Pennsylvania (PA) and lived there a whopping total of 3 years, so amending my birth certificate falls under PA laws.   My doctors prepared a series of emphatic reports stating that it was required for my safety, that my documentation match my gender (changing the F to and M, if you’re having trouble keeping up).  PA decided only a "fully functioning" man is entitled to an amendment.  In real terms, that means having a surgery that was expensive, dangerous, not easily accessible in my area (I'd have to travel to the west coast or Europe) and involved massive visible scarring (skin grafts from the arms) without even ending in a good result.

Yes, someone in a records office makes medical decisions for transfolk.

My driver’s license had been issued in West Virginia.  I hoped crossing the state line would give a different outcome.  I spent ten minutes arguing with the woman at the counter in a DMV office before they whisked me and my stack of documents to a private room when I showed no sign of backing down. I explained everything to the supervisor.  I showed her my letters.  I showed her Harry Benjamin’s Standards of Care.

She refused.  I wanted to cry.  I walked out with a driver’s license that labelled me female.  I dreaded every time I had to show that ID to someone, because I never knew what they were going to do to this short, weird-looking boy who turned out to “really” be a girl.  WV, if you aren’t aware, is not the most progressive state.

A year later, I sat in a Georgia DMV office, watching the numbers flash closer and closer to my ticket as I clutched my stack of letters and mentally ran through everything I would say when I got called up.  I didn’t expect to succeed, but I was going to try anyway.

God bless the two women who helped me.  They read all my papers.  They checked all the forms.  They pulled out the book of laws and regulations and looked through it until they found the loophole that meant they could change the gender on my license without my birth certificate.  I have no idea who those two women are and I’ll never see them again, but they were the first officials in the US who made me feel like a real person who deserved to be listened to.

My birth certificate still labels me as female; I just don’t use it. Given all the same documentation, the federal government had no problem stamping my passport with an M.  In most cases, because you can’t get a passport without a birth certificate, I get by with my passport and my license (after getting the first one, I didn’t have any further problems getting male ID).  On a funny note, my current license is issued by the Commonwealth of Pennsylvania, and says that I’m male.  But they won’t change my birth certificate.

At this stage, I fly under the radar 99% of the time.  Every new doctor or therapist I see goes through the confusion of thinking I’m starting the transition to female when I bring up that I’m transgendered.  Actually, that happens with everyone I tell.  In that way, I’m lucky. No one knows unless I tell them.  But that doesn’t mean it’s any easier. 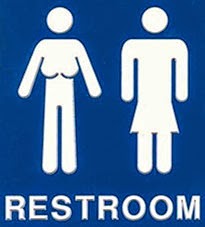 West Virginia refuses to take ID photos of transwomen unless they look like men.  Facebook is deleting profiles of gender-variant people over names (meanwhile, my two absolutely fictional alter-egos remain undisturbed).  Texas wants DNA verification of your gender before you’ll be let into public bathrooms.

Right now, I live in the UK, also an EU member, so my rights and safety are protected by law.  At some point, though, I'm going to have to go back and fight my way through the US system again.  There is no place like home, but for American transfolk, home is not a place of safety and acceptance.  I don't understand the point of being a super power when you stigmatised  and demonise your own citizens for being born different.  But then, I'm a scary transman in a silly hat.