Six on Saturday is a weekly gardeners' hashtag hosted by Mr P.  To join the fun, check out the action both on his blog & on Twitter.


Though temps haven't gone below 9C this week, neighbourhood trees've begun to turn, which starts me worrying about pumpkins making it to Halloween.

However, there're a few other things of interest in the garden this week.

Despite the 9C lows, one morning the sacred bamboo was covered with an off-white patina.  Close inspection showed it to be not frost, but a heavy dew. 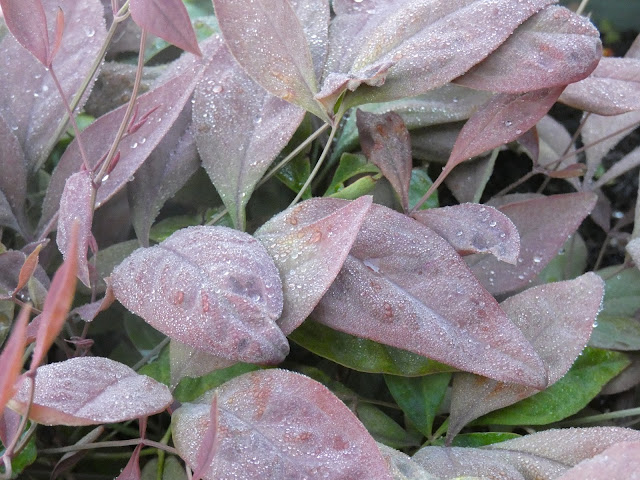 I was delighted to see flower buds.  Its first year with us, I assumed it wouldn't bloom at all.  Hopefully they'll open before there's frost.  Next year, berries.

This guy's perplexed me.  When the shady border turned out to be not-so-shady, this was the only plant that didn't go crispy, including 2 other actaeas.  So it got left behind during the mid-season move to the shady front garden. 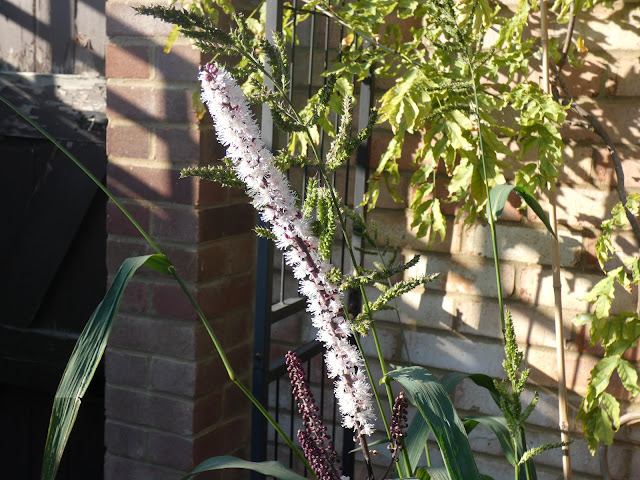 And it's done fine.

Both this plant (below) & the gangly grass behind the actaea (above) came out of the bird feeder, & got spared by my curiosity.  While the one above served its purpose, never to be repeated, I like the one below, much like the miniature ragwort growing under the bird feeder (shown in the first photo) that I mow around. 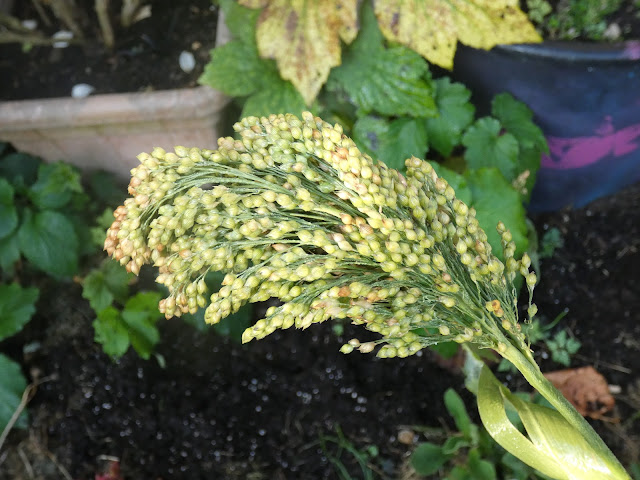 Now that the seeds are changing colour, I'm even more enamoured.

When I broke out my seed cache this spring, there were some 6 year old blanket flower seeds amongst them, so what the heck, right?  Only one germinated but it was healthy enough to get ignored. 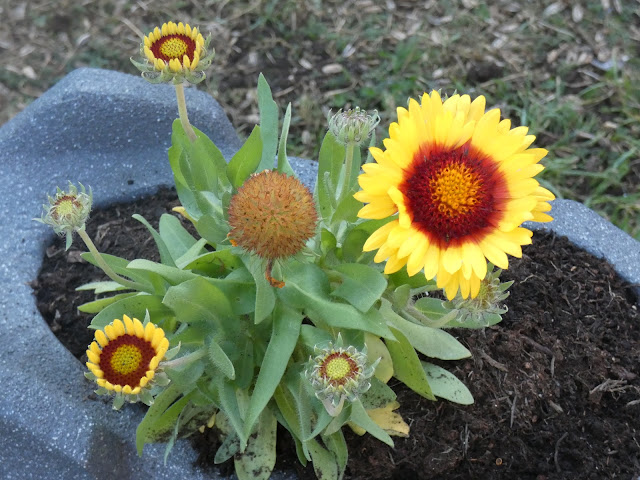 Until the woodwardia moved from the not-so-shady border to the front garden with the rest of the shade lovers.  Woody was in an elephant planter but, as there are hordes of marauding students around here, I didn't want to risk the elephant out front. 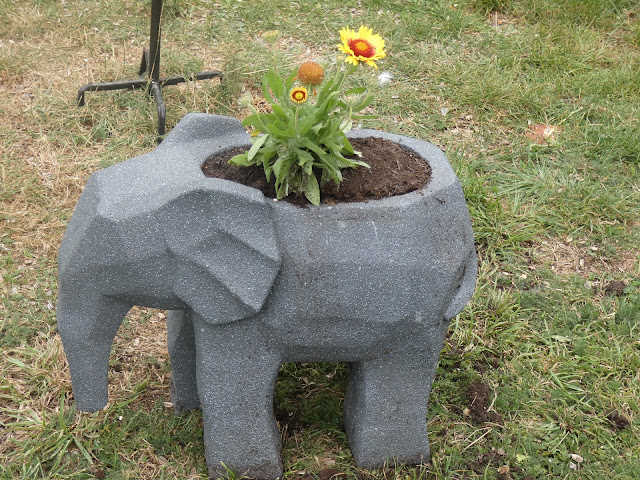 Taking over from Woody, the blanket flower has some big shoes to fill, but looks like it'll manage.

I planted way too many plants with the canna lilies this year, so everything's had to find their own little space. 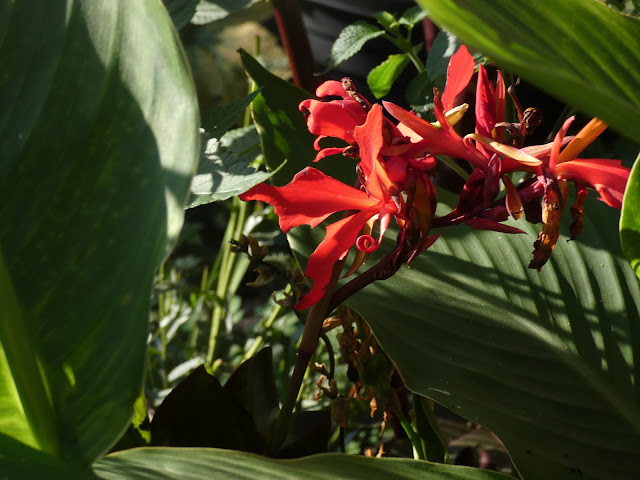 This one's a gymnast.  Love all those curlicues.

A few weeks ago, I saw Oregano Amethyst Falls during a search for another plant, & bought 2 (as well as the original lusted-for plant).  The oregano started blooming on arrival & though it hasn't hit full stride yet, o what a beginning. 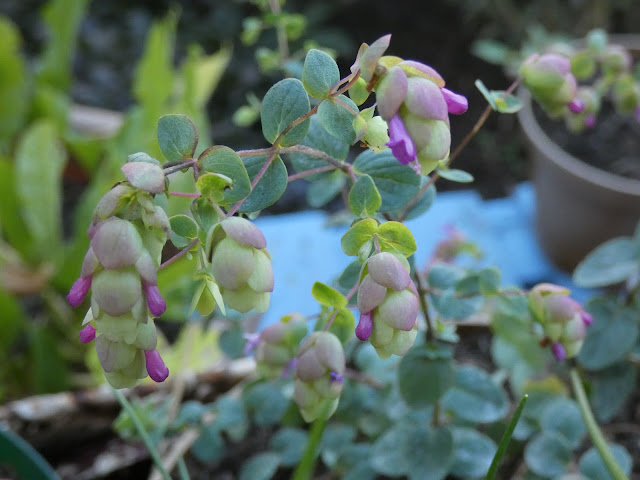 The first flowers were lighter, & now are this deep pink.  The hops-ish bits of the flower (to use the scientific term) seem to grow out of each other, getting a longer & longer chain that gets more & more pink as it grows.

Against that gray/green foliage, it's something else.  And promises to be even more so.


As always, thanks for stopping by.