Six On Saturday is a weekly gardener's hashtag hosted by The Propagator.  Be sure to both drop by his blog & check out Twitter for links from all over the world. 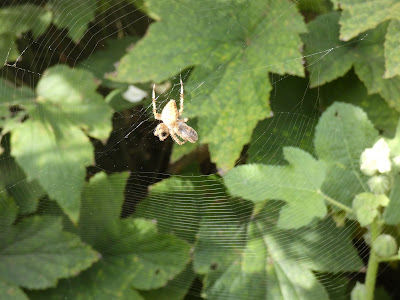 As the days get shorter, my M.E. gets more evident.  It's been 2 weeks since I've had energy to read SoS blogs & I really miss keeping up with you all.

Here's hoping this week'll be different, just in case y'all've done something scandalous that I might wanna try myself.

In the meantime, can you believe this spider captured a honey bee?  I'm feeling like Eve when Cain went after Abel.

So let's do this thang.

Last week, Mlle DoodleFace & a visiting dog took full advantage of our back garden, smashing a few plants in their glee.  I very kindly brought in some broken sunflowers & what does one do? 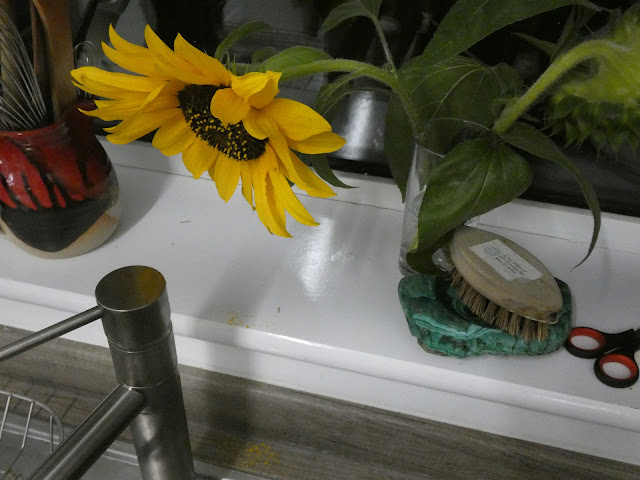 Vomits in the kitchen.

Also last week, some volunteer cosmos sulphureus showed up in the flowerbed.  This week's volunteer . . . 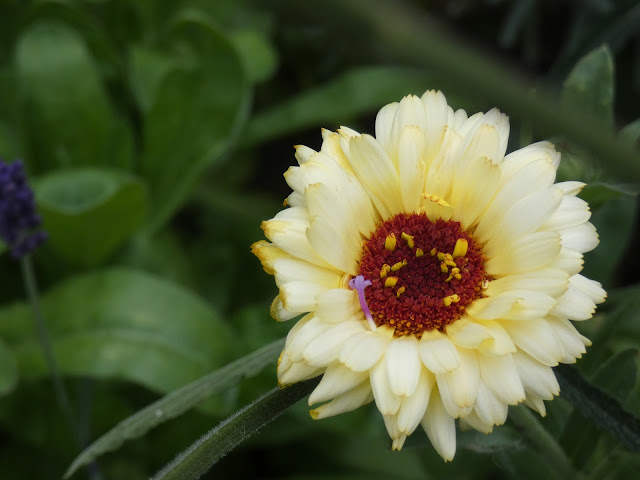 When we were growing up, a large pickling crock would get hauled outa the basement in late summer, take up residence in the kitchen.  Although my younger brother could fit inside this crock, my mother pickled her cukes in it.  I don't remember which kind, as she made both dill & sweet pickles.

Mmm, mmm, those pickles were fine, but my favourites were Grandma's horseradish dills.  O. Morgan (as she signed our birthday cards) was the only person I ever knew to make horseradish dills, so a singular treat from a singular woman.  A treat I'll never taste again.

Keeping with family tradition, I killed my first cucumber plant this year & the 2nd one's been a slow producer, giving us maybe 2/week. 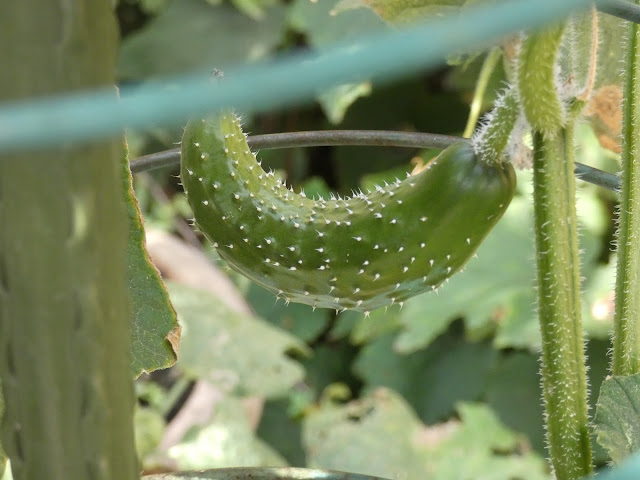 Just when I think the vine's done, though, I find another itty bitty cuke flexing its spines.

About the time my zinnia Queen Red Lime were starting to go gang busters, I read that a second sowing at that very moment would keep them blooming into October.  I needed more seed for that, so got 2 other types. 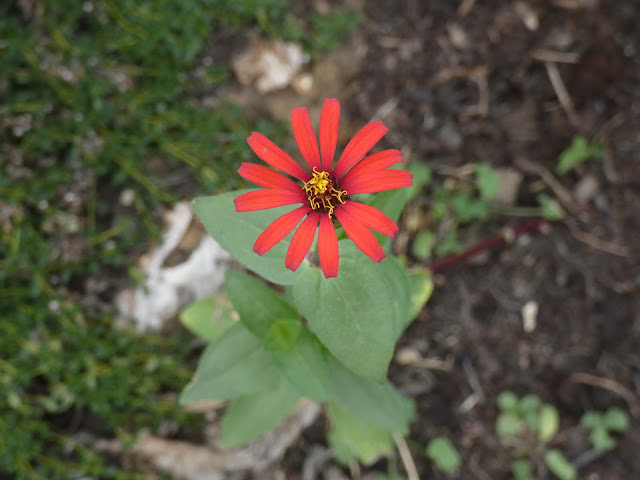 Peaches & Cream are as robust as the Queen. 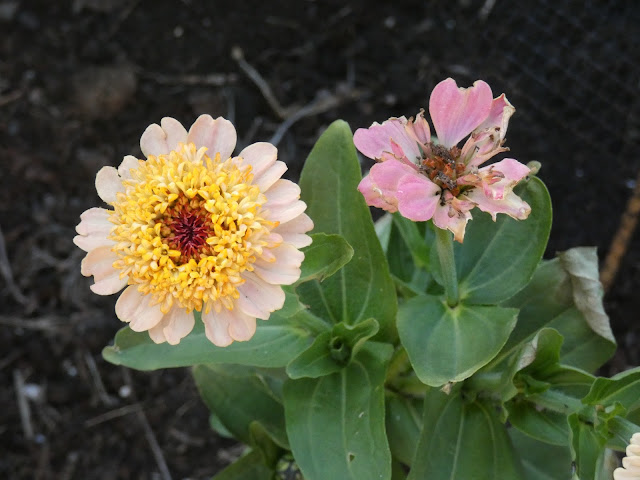 Got a bit of alpha-omega going on here.

I garden in about 10 minute spurts in order to fool the M.E. into believing we're resting.  My current big project would've taken me an afternoon only a few years ago, but I've spent the last coupla weeks moving plants from what I'd thought'd be the shady border (but isn't) into the front garden, which is partially shady but small.

The key is making sure those 10 minutes are well planned, so I'm not caught out having to stop at a point that'll cause plant murder.  For this project, I do a lot of pondering about placement during my breaks.  Since my bedroom is at the front of the house, I do some of that pondering when I'm allegedly taking it easy. 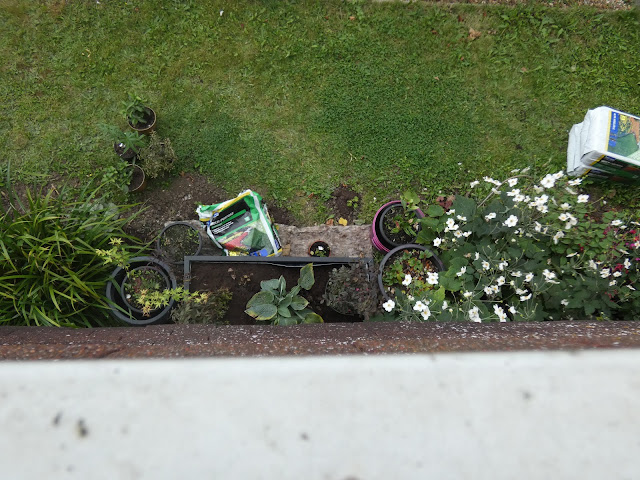 This actually gives me a better sense, than standing in front of the beds does, of how much room I have, though I don't really know why that is.  Alas, this photo also shows me how many plants are still waiting for my attention.

One of my neighbours keeps offering to help, but I just hiss at her.

These seeds were flouted as growing into wondrous 12" plants covered with yellow flowers that smell like chocolate.  Though healthy enough, by mid-summer, they were half the expected size with no buds.  Deciding they must be biennials, I kept a disinterested eye on them, lest villain slug venture near.

Look what happened behind my back. 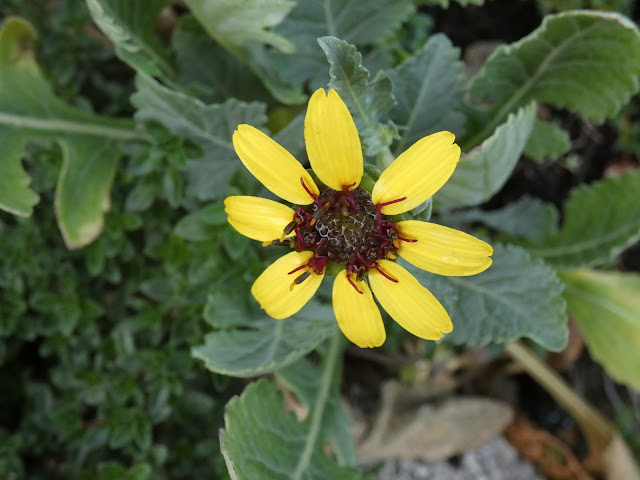 One flower on one plant, & what an interestingly creepy looking flower.

I dutifully got down on my knees to sample the scent, dressed in my shorty nightgown for the benefit of my neighbours who had sex in their window this week while I was watering plants.

It smells more of honey, though there's a faint chocolate whiff.  Perhaps in a day or so, the scent'll be stronger. 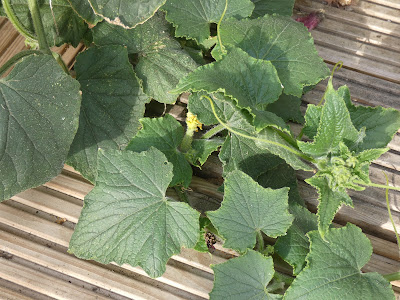 That's it for this week.  Thanks for stopping by - don't be shy about leaving a comment.

See you next time!