#SixOnSaturday is a weekly garden diary hosted by The Propagator.  Check out both the comment section in his Six & the hashtag on Twitter for links to SoSers from all over the globe.


There are enough unseasonal happenings in the garden, it's tempting to do Six on that.

But things I've waited all summer for are finally here.

Let's have a gander at a few of them.

I'm not a cook, but there's so much fresh veg at this time of year, it's hard to keep out of the kitchen. 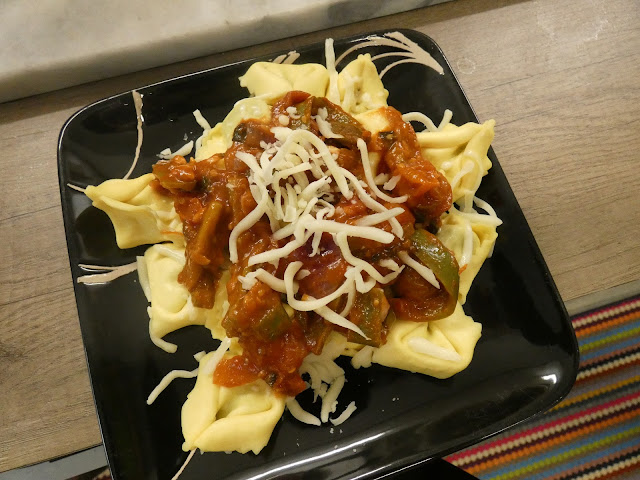 An easy sauce made from our own maters, garlic & basil plus last year's sweet peppers.  The flavours are so vibrant, I feel positively domestic.

My vine produced 2 ugly fruit.  The ripe melon should be cream coloured with green stripes, so I assumed they weren't ripe.  When this one developed a soft spot near the the stem, I picked it anyway. 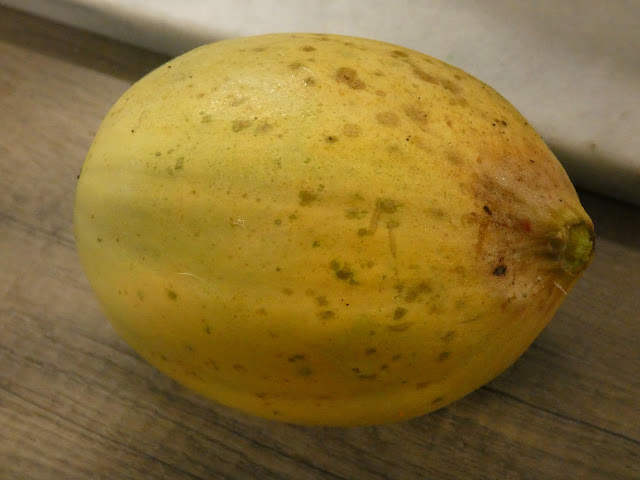 Don't judge a melon by its hideousness.  Both melons were ripe, & tasted much like a cantaloupe.  They're meant to be individual servings, as you can see from the below photo - that's a dessert spoon for scale. 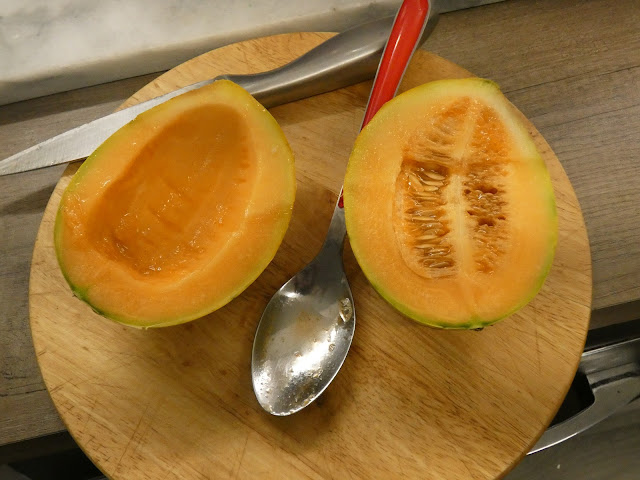 These were grown in the pumpkin patch, the idea being they'd go up while the pumpkin vines spread out.  The melon vine did as expected, but there was little successful pollination.  As their flowers were tiny, I'd wondered if pollinators bypassed them for the large, blousey pumpkin flowers.

I hope to try them again next year away from the pumpkins to see if I get more & prettier fruit when there's less competition for resources.

Our first year together, rosemary prostratus & I, planted with heliotrope because I saw a photo of this combo somewhere.  While the heliotrope in the pot is on its way out, the ones in the background are still blooming.  What I've waited all summer for, though, is the rosemary to fall over the edge.  And it has. 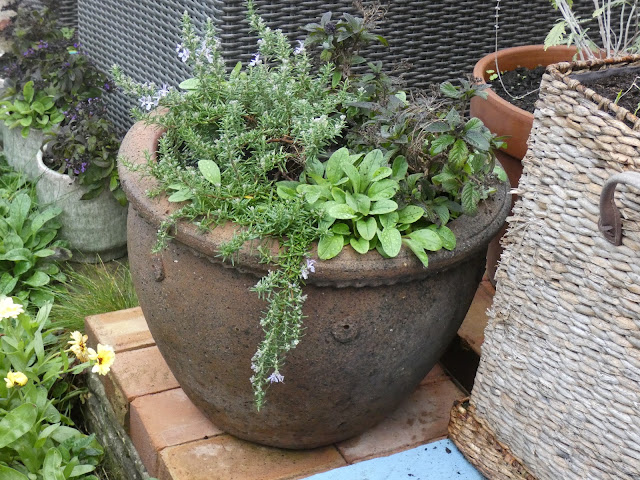 Last week, another SoSer mentioned using rosemary flowers in soups & sauces.  I tasted these flowers & o, how wonderful!  They don't need soups or sauces, but are very fine on their own (says the woman who cannot cook).

I've potted up my first hydropod cuttings - roses & salvia amistad.  Monty Don sticks his rose cuttings in a ditch & says they're easy to propagate.  From reading other SoSers, it seems salvia are ever ready to propagate, too. 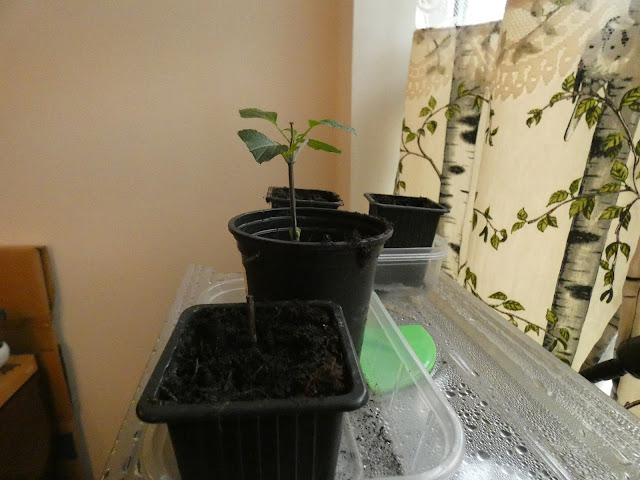 I've never had any luck with even the most cooperative cuttings, so am glad these've got roots.  Even if they don't get any further along, this, in itself is an achievement for me.

This little guy was a free gift with a plant order.  Potted up & placed in what turned out to be the not-so-shady border, he did poorly even under a shade sail.  You can see his damaged foliage in the photo. 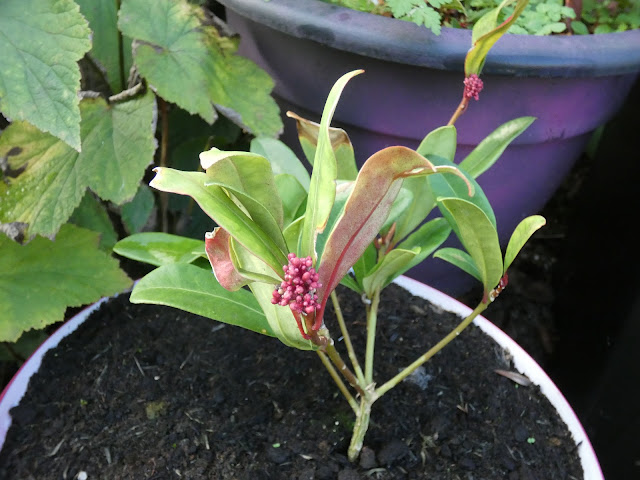 I snuggled him under another shrub & now he's budding!

I'm inexplicably fond of growing pumpkins, especially since they have no parts which I consider edible.  Although I tried white pumpkins this year, a coupla orange volunteers from last year's compost appeared & produced one pumpkin each. 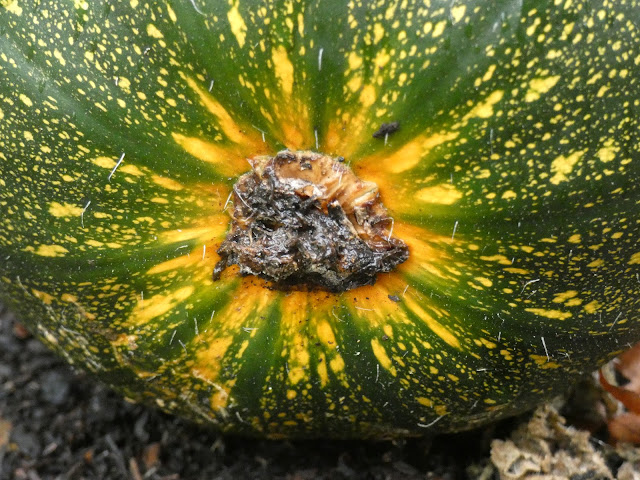 The second orange pumpkin is still green & only about 6 inches long, but has the cutest hiney.


That's my Six for the week.  Here's hoping your autumn brings you many desired outcomes.

Thanks for stopping by!