Six on Saturday is a weekly diary by gardeners all over the world & hosted by The Propagator.  Be sure to drop by his blog & also visit Twitter for links to everyone. 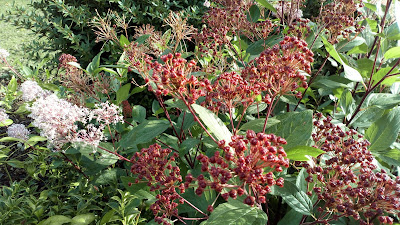 No nights below 9C, but cooler temps all around, less daylight, changing colours . . . autumn is definitely here, yet amazingly, many plants are still putting on a show.

These were seeds in the edible flower kit.  I wore their colours in the valiant but mostly futile war against the S&S brigade.  Then the hot, dry spell gave us a reprieve & the dianthus bloomed . . . o, they bloomed.

When this guy's stem popped up all of a coupla inches, I assumed it was a self seeder for next year.  But it did this. 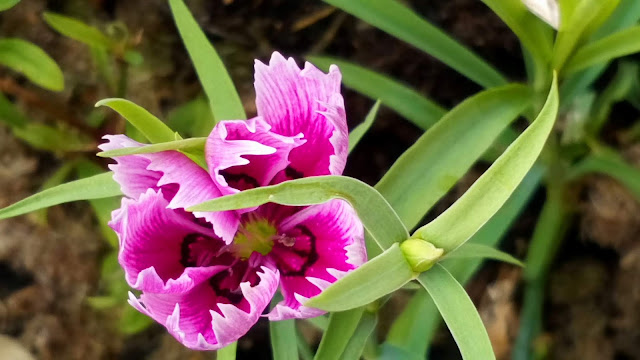 Another SoSer told me she plants hers with her onions (I think she said), & has no S&S problem.  I don't grow onions, but think I'll intersperse mine with the garlic.

The hellebore that's been blooming for a few weeks, now has seed heads as well as flowers. 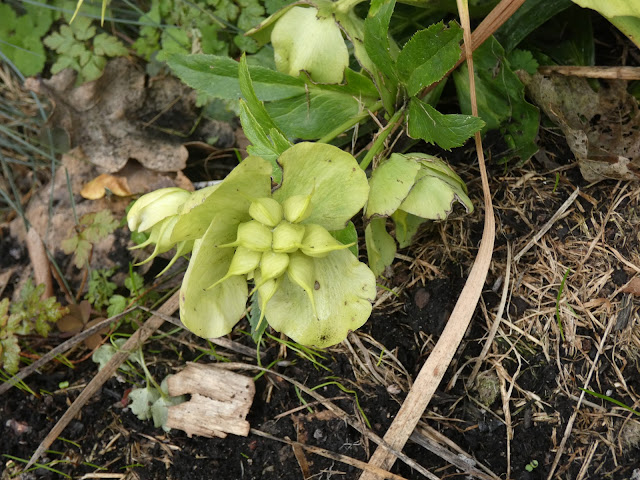 This snapdragon popped up in a pot earlier this year.  Neither drought nor rain have kept it from blooming. 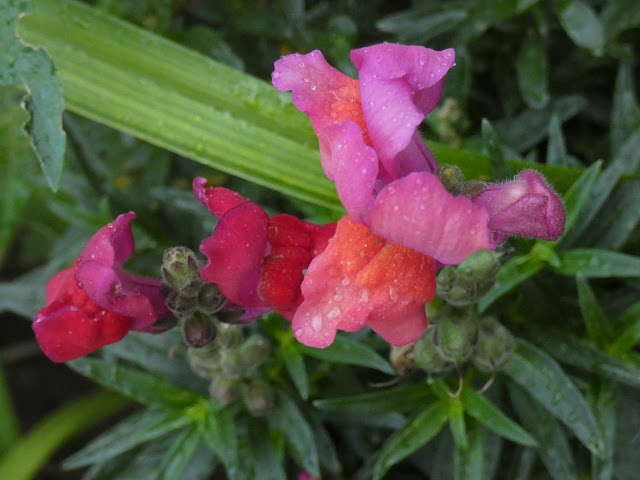 Great bit of colour in a corner that appreciates it.

The aricula have just gotten started.  Their centres look like bits of candy. 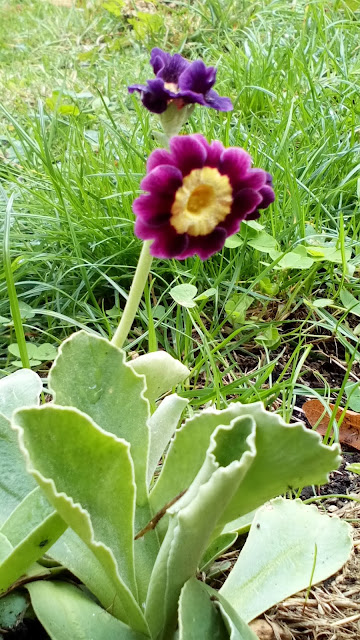 The flower itself is at an awkward angle, requiring geriatric gymnastics in order to photo it, resulting in grave disappointment at not getting a clear image for my effort.

This is our first year together & I had no idea it would give a second hurrah, but apparently that's par for the course with this shrub, giving both a spring & autumn flush. 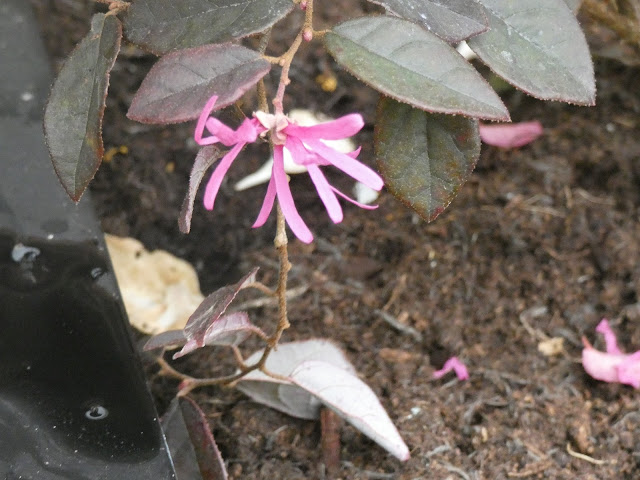 And not a frugal blooming.  It throws its entire self into the job. 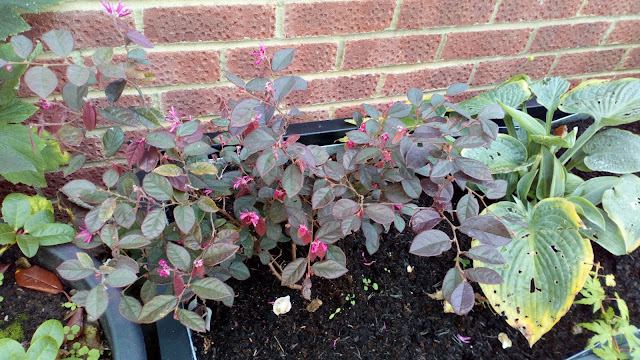 Isn't that a great looking plant?

We inherited 5 mature rose bushes with the new place.  They're all great producers with wonderful scents, still knocking their socks off. 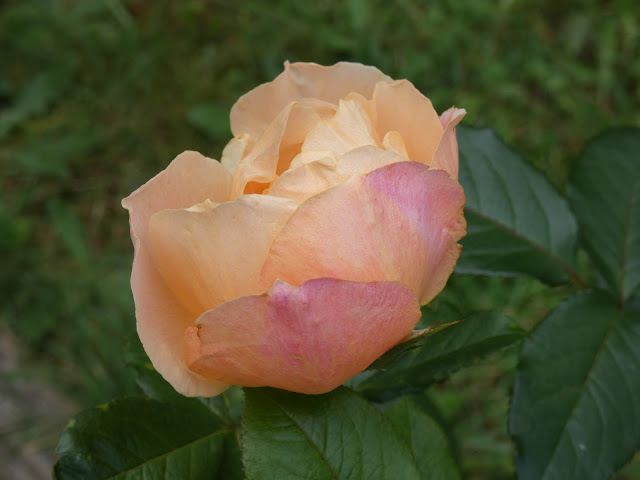 This one's my favourite & inspired the hydropod purchase cuz there should be more of these beauties on this earth. 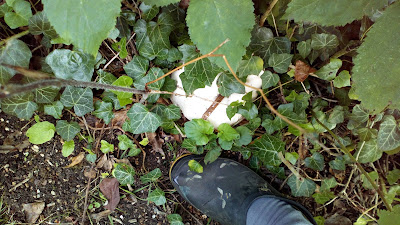 And that's my Six.

Once again, thanks so much for stopping by.  You can't imagine how much I appreciate it.  So much in fact, that I leave you with an image of an enormous puff ball next to my foot for comparison, also seen on the BigNoseWalk so most assuredly not one of my Six.

No rules broken in the writing of this blog.
Posted by Lora Hughes at 23:54