I’m about to leap into social media sacrilege.   I’m breaking up with Facebook.  There’s no ideological, political basis behind this decision.  It’s not even because the ads drive me crazy or I have to scroll through miles of ‘suggested posts’ for updates from my nearest and dearest.  It’s to counteract becoming invisible.

OMG! you say.  And does she put tin foil on the windows to stop the CIA hearing her thoughts?

Pipe down, you.  There is no psychosis here.  But I’m happy to explain if you stop interrupting me.

(Interrupting her?  I haven’t said a word.) 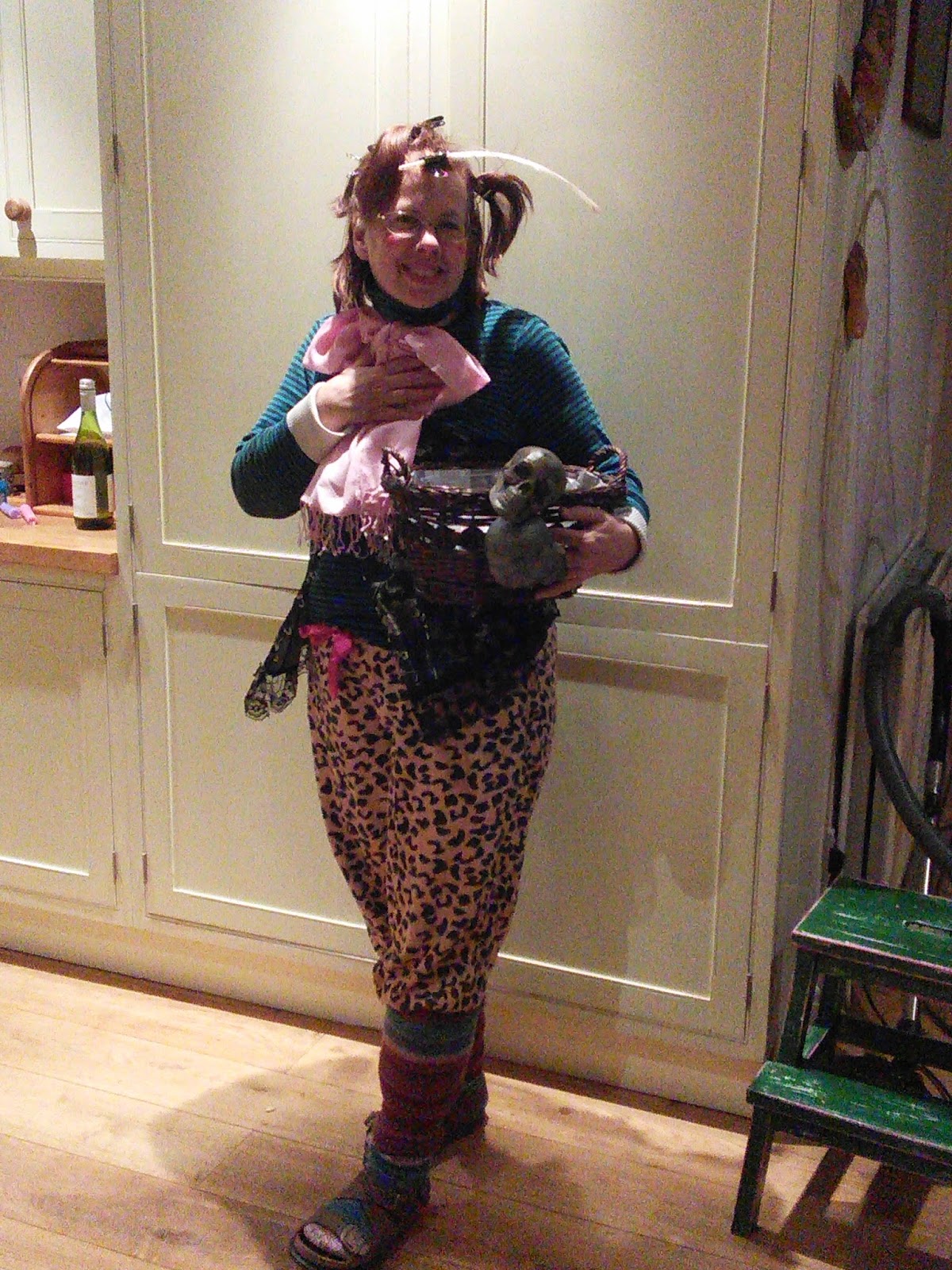 You know, people can have a raucous laugh, swear like a pirate, dress like a clown, dance in public, knit outrageous socks, and still be hiding in plain sight.  You see this a lot with introverts and middle children, not to mention former therapists.  Oh, that’s me three times over, isn’t it?  I wrote about my own problem with invisibility nearly two years ago here. Haven’t made any progress, it would seem.

Invisibility doesn’t always come with lack of attention.  Humans have a great capacity to gaily interact with, but never see you.  For example . . .

When the Butler and I moved north several years ago, we thought entertaining was the way to make new friends.  It took us a while to realise that people were happy to eat his cooking, drink our grog, sleep in our beds if the need arose, but were  slow to reciprocate, if they reciprocated at all.  A few brazen souls asked us to give respite hospitality, as if we were a B&B.  An offer we readily declined.

Those type of spongers can be quickly kicked to the curb.  Or kerb, if you live in the UK.  But if you do invisibility well enough, your close friends may believe that what they see (or don’t see) is real.  I once started a friendship during a time of relative smooth sailing in my life, not so much so in the other person’s life.  I did what good friends do, not considering what was or wasn’t reciprocated in my direction.  Then one day, I gave into a wee moan about something or the other.  No beating of breast or gnashing of teeth.  Just a wee moan.  This person made it clear that having a rough time wasn’t in my job description. 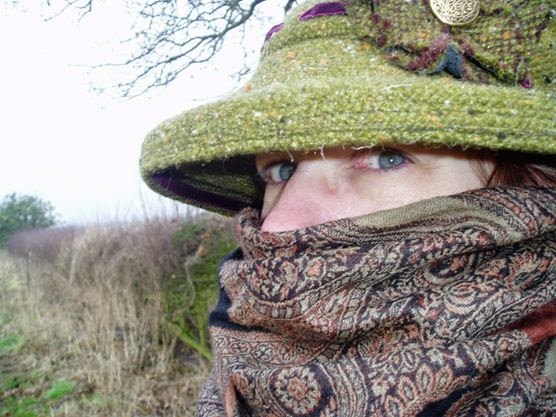 Friendship implies more than one person at work.  If someone keeps their needs below the surface, that isn’t an invitation to pillage the friendship.  Yet with some people, if you don’t establish early on that you have normal human needs, then you’ve missed the opportunity to ever do that.

I used to have great friends, 3D friends, flesh and blood people who existed in the real world.  People with ethics and morals, some who even went to church, for fecksake.  Maybe having me around, put a splash of devilry in their lives.

Something’s changed for me the last few years, though.  People who used to meet me for coffee, who cared about what happened in my life, now live only in Facebook photos, too busy for even the most decadent dessert.  Far away friends who once wrote often, now answer emails with, I follow you on Facebook!  as if we’re not supposed to have any conversation more intimate than what we’d post in a public status update.

It’s not that I blame Facebook – virtual reality destroying normal social interactions – any more than an alcoholic should blame an off-license for their own addiction.  But it’s so easy to be invisible on social media.  Facebook’s a constant exercise in Show & Tell.  I post an update.  You hit like.  I share a link.  You hit like.  I post a photo, you hit like.  I’ve noticed other people actually have conversations following their posts, but on my page, that rarely happens.  It’s Like Like Like, unless I post something real about what I’m feeling.  Then everyone ignores that little crossing of the faux pas threshold.  Even when I announced I was leaving Facebook, the most commonly used word was, vicarious.  My life, someone else’s entertainment; my invisibility complete.

And I don’t blame my Facebook friends for that.  I don’t blame anyone.  It’s very much like when the Butler started making our bread – the stuff in the shops tasted insipid after a while. 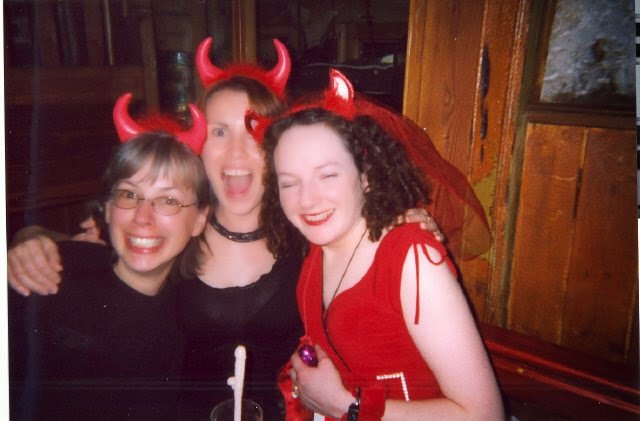 As an ex-pat, I’ve had hundreds of moments in life when I needed someone who wasn’t family to step up to the plate and do something out of friendship, not duty.  Parties, funerals, pub crawls, covering my ass, birthdays, illness, bare faced truths, lies to the boss, dips in the ocean, scrambles up mountains, listening to dreams and fears and hopes.  These are the real things in any life.  These are the things I remember and miss. 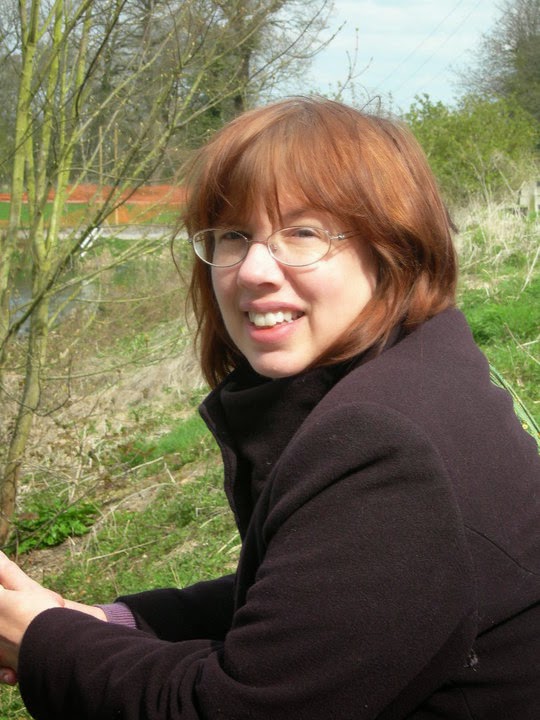 So 2015 is the year I’m going to look for what’s real, both for me and from the people who would be my friends.  The swearing like a pirate, dancing in Tesco aisles, creating outlandish knitwear – none of that’s going to stop.  As to the rest of me, the invisible me, we’ll see what shows up at the door, won’t we?
Posted by Lora Hughes at 04:40 1 comment:

We got Big Nose as a rescue.  He came fully trained, was what even North Yorkshire farmers call a gentleman.  When he was the only pooch in the house, I’d take him for walks off lead down the village street, he was that reliable.


But he’s got issues.


Sorry, Big Nose, it’s true.  There’s a price for having a gentleman dog.  When we got him, he didn’t know how to play with humans and really doesn’t like it much now, although dogs are fun fun fun in his eyes, which is why we got the Doodle.  There’s all sorts of rules about when and where he can be in the house, none of them known to us, so we just followed his lead.

If we raise our voice to the Doodle, if we do a sideways arm movement in a human conversation, or God help us, have an argument amongst ourselves, then Big Nose hits the ground, plasters himself against a wall, can only be soothed if we let him out of whatever space he’s in at the moment.  Six years in a house with only positive based dog handling methods, he still waits to be beaten.

His worst issue is food.  Although he came to us as a practiced beggar in the sitting room, he leaves the house when we eat and often goes for 2 days himself without eating.  We figured there must be some signal we didn’t know that told him it was okay to eat, so we tried everything we could think of, even speaking to him in Irish, since he came from Ireland.  Nothing worked.


When he does eat, we can’t watch.  We can’t even be in the same room.  After the Doodle arrived, we started feeding Big Nose outside so he’d stand a chance at getting fed, which actually made him more comfortable.  But we can’t be in the kitchen, lest we peek out the window at him.

The Doodle, on the other hand, came to us as a puppy.  She’s what North Yorkshire farmers would call a dominant, an alpha, a wolf sitting in your kitchen ready to rip out your throat.  Actually, she’s an intelligent and confidant dog who’s never been smacked and seldom yelled at, (the latter mostly because of Big Nose – if you’ve ever had a Doodle, you know your favourite phrase soon becomes For The Love Of God NOOOOOOOO).

Training a smart dog is full of rewards.  Doodle is a genius at spotting a pattern, reading my body language, figuring out puzzles, so it doesn’t take her long to know what I’m trying to communicate.  She views me as her best resource and wants to please me.

As a problem solver, she also figures out things I don’t want her to, like how to open doors and gates, how to get over or through barriers, how to pick pockets or get dirty toys out of the sink.  But she’s no more trying for world dominance than is a child who’s proud of learning a new, albeit inconvenient skill.

Because she’s a new (and very large) puppy, I’ve been inundated with all sorts of advice, some when I’m in the middle of training her, given by people who don’t know my name, let alone anything about my dog.  Most of their advice is based on aversive conditioning (i.e. let’s do something bad to the doggie so it’ll act more like a human).  The impression I get, especially in my home village is that Doodle should be a completed product, even though she’s not had her first heat (an event I’m storing up Valium to survive).

A few days ago, I was frantically knitting the last of the Christmas projects while the Butler was out of the house.  The Tesco guy came with our Christmas delivery.  Doodle has learned that knitting is verboten, so I stashed what I was doing under a cushion, didn’t bother zipping up the yarn bag, shut the living room door on her and Big Nose so we didn’t have to worry about open doors and gates, then went to meet the Tesco guy.

When I came back, there was wall to wall yarn over the floor and furniture, a smiling Doodle wanting me to come in and play.  ‘Out!’ I yell and point to the door.  Oh, more fun, in her eyes, so out the door she goes with her poodle-sass trot.  I command her to WAIT and close the door.

Big Nose is pressed against the sofa, head down, whites of his eyes showing.  Well fuck me, I’ve done it again.  I get down on my knees, speak in a play voice, try to calm him but he stays very still when I touch him, not engaged, submitting, not relating.  I let him out past the smiling Doodle who hopes it’s time to come back in to play knitting.  It takes about half an hour for Big Nose to forgive me.

As to the Doodle, it would’ve been easier to smack her, screaming obscenities so she’d become incontinent the next time she saw a skein of yarn.  But what happened was my fault.  We had company, which is as delightful as gravy to a Doodle, and I’d left her in a room with something apparently lots of fun to me – unguarded yarn.  What else was a Doodle to do?

More pertinent, that ‘easier’ method is why Big Nose has a stunted emotional life.  This lovely, docile, affectionate dog will never enjoy the full companionship of his humans because someone wanted to kill the wolf in him.  That’s not research-based training; that’s tapping into archetypal fears.

For twenty-five years, we’ve known that the dominance based training comes from bad science.  We teach our children to be nice to the doggie, then as adults, discuss how hard is hard enough to hit our dogs.  When we’re not hitting them, we’re scaring, dominating, confusing, maligning and transferring our own motivations onto them.

I question even 'humane' aversion tactics which call for a loud noise whenever the dog does something we don't want it to do.  Why startle the bejeezus out of a dog when going 'Uh-huh' or a quick intake of breath or a 'Tsk' gets the same message across?  Let me suggest, if there's a wolf in the kitchen, it's inside ourselves, not our dog.

If there’s a new dog in your house this Christmas, educate yourself on the proper research into the reason for dog behaviour, such as John Bradshaw’s In Defence of Dogs.  Learn about relationship based training here.  Get to a positive reward based obedience class or better yet, some one-on-one training for you and your puppy.