The Confession of Lot's Wife

The end of a great day in York, the night crisp-cold, sharp lines cut by the full moon down every building and around every tree.  We get a late train home, full of people with the same plan.  The Butler and I find seats across the aisle and facing each other.  Not a long trip home, so we don’t care.

I sit at a table next to a young woman reading.  Across from her, a muscular young man checks his camera.  When he asks her to tell him which of his photos are crap, an American accent comes out of his mouth.

I’m not fond of American accents that don’t come from former Confederate states.  Nothing political in that sentiment; my Civil War ancestor got disowned by the family because he fought for the North.  It's just what fits in my ear better, accents from the south of the country. 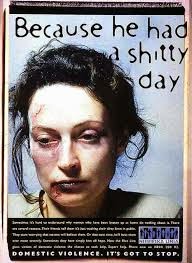 So, on the train, Annoyance #1, this Yankee sitting across from me, going over his holiday snaps.  Then comes Annoyance #2, their conversation.  Specifically, the way he intrudes on the woman’s reading with a near childish request for assurance that his photos are great, the woman’s dignified enthusiasm for his work, like a fond mother for a child.  This guy is hard work.  I have sympathy for the woman.

Annoyance #3 is what tips things off.  After repeatedly telling the woman that she should say if a photo is lousy – and it takes her a while to get there – she says she prefers one shot of a location over another shot of the same location.  That gives him permission to say how angry she looks in the next photo, but then she always gets angry with him when he tries to take pictures and how could he take good pictures when she’s nagging at him, and picking fights?  In fact, now that he thinks about it, all of these photos are of arguments.


Annoyance #3 isn’t so much annoyance as that o-shit feeling in the pit of the stomach.  In my former life as a trauma therapist, I met lots of people in relationships where conversations like this always led to a box canyon called, It’s Your Fault I Hit You. 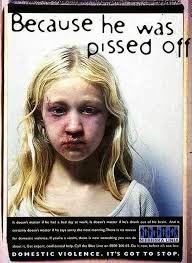 The woman must have that o-shit feeling, too, because her comments on his photos now parrot his own, and if he changes his mind, she changes her mind, too.  There’s no enthusiasm in her voice.  She quite artistically monitors his level of emotion and adjusts hers to save herself.

So the photos gone through, she turns back to her reading.  He sits for about 3 seconds, then asks if she’s done her homework.  She closes her book and looks at the table.  He asks if she understood him.  She nods, continues to look at the table.  He makes her repeat the question to him so that he knows she did in fact, understand.  He then keeps asking questions about her homework and does she understand why she should do her homework and does she understand why he asks if she has done her homework.  By this time, it’s clear that the homework is her ESL course, which surprises the hell out of me.  The woman has an accent, but there’s nothing in her spoken English that leads me to believe she isn’t fluent.

Slowly, slowly, slowly, the woman stops looking at this man and looks out the window where it’s so dark, she can’t see anything but her own face.  What her expression says, I can’t see.  Maybe she doesn’t trust it to anyone but herself.  I stare at the Butler across the aisle who cannot hear this smiling man at my table speaking in a very low voice like he’s a normal human being, telling this woman that he’s putting her through all this in public because he’s her husband and he loves her and I’m still staring at the Butler to keep from leaning over and telling her that this guy’s an asshole or that she should run fast and far or come with us to safety.  I don’t say any of this because the worst thing I can do for her is say anything.  Speaking up for her would be another reason for him to hit her later. 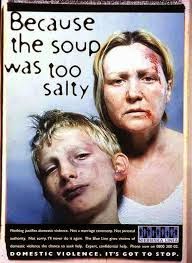 The o-shit feeling ratchets up several degrees.  My little pea brain goes into overdrive trying to think of something I can do for this woman, some way to help her without making it worse.  But it’s a short train journey, my expertise has always been at cleaning up the mess, not stopping the mess.  I’m not smart enough to come up with something that'll do more than ease my conscience while at the same time, not anger this woman’s god.

Our stop comes.  The Butler and I get up to go, but there’s a bottleneck at the exit.  And there’s me, Lot’s wife, turning back to stare at that guy, everything I feel right there on my face.  I know it’s there because our eyes meet and his face reacts to mine.  The people in front of me move.  I turn around and walk off the train, no pillar of salt, just a conduit of social condemnation that this man can take home with him and take out on his wife.

The place was filthy with people on those last holiday outings with family.  Hill walkers.  Bird watchers.  New Year fitness resolutions.  And regulars like us, walking their dogs.

The Butler suggested we go up the Drover’s Road to the moors.  I love the moors in all seasons, but the weather that day wanted me to prove it.  Once over the Sheep Wash where ice patched the steep incline, I was sorely tempted to suggest we turn back.

Just get up this hill, I told myself, and we’ll be on the moors.

At the top of the road, we saw a clutch of folk.  Bird watchers, was my first thought.  Hungry for this year’s first sightings of grouse.  People notorious for hating Doodles.

And something on the ground.  The Butler suggested an animal of some sort.  Wishful thinking.  A woman lay on the road, one of the bird watchers who’d slipped on the ice.  I put the Doodle on lead and urged the Butler forward like a shy kid who didn’t want to play the piano for Aunt Matilde.

He knelt beside her, the group stiffening at his bolshiness until I explained he was a doctor.  Delighted at seeing the Butler on his level, Big Nose went over to help.  I secured our gentleman pooch, listened to people tell the Butler what to do while he talked with this woman whom he had nothing to offer, all his magic potions locked away at his workplace.

The best way for me to help was to get the fidgety dogs out of the way.  Off we went along the Drover’s Road, tossing the ball, listening to grouse laugh.  There hadn’t been so many people up there since summer.  The ubiquitous bird watchers with eyes and binoculars trained on the heather.  A group of raucous lads on 4-wheelers.  People with kids in their Christmas clothes, the romantic notion of walking the moors in winter turning into a stupid idea.

There wasn’t a sense of braving the elements together, but a division of purpose.  How could anyone be so stupid (that would be me) as to bring dogs that would plough through the heather after birds, run in front of 4-wheelers, knock down kids without proper footwear?  Although I put the Doodle on lead when needed, my caution didn’t earn me any points.  The Christmas bonhomie was over.

We reached the trail into the woods and turned back for the Butler, caught sight of him about the same time we heard the rescue helicopter.  The Butler and the Doodle are both ditzy about anything that flies, so we waited.  We actually stood where the helicopter wanted to land, so trotted out of its way, Big Nose slipping his collar but not wanting to get too far from his humans while the Doodle tugged in the other direction, ready to capture the mechanical bird.

The wind from the blades was so fierce, we turned our backs just as a dozen or so grouse flew out of the heather in glorious cackle.  We shielded ourselves with our arms so we could watch them go, the Doodle dismissing them in favour of bigger game and Big Nose wondering how we could be so reckless when our lives were going to end any minute now.

The helicopter landed and the rescue guys got out.  The first doctor on the scene now stood on the side lines, didn’t identify himself.  He’d already been dismissed by Mountain Rescue and the paramedics who’d shown up to play tug-of-war over the patient.

We cut across the moors and over the stile, into the woods.  We didn’t know the woman’s name and she didn’t know the Butler’s.  No one we passed knew he’d knelt on the ice that melted into a cold, numbing wet so a stranger wouldn’t be alone in her pain.  Just a couple of dodgy looking folk with dogs who would jump on their children, chase wildlife, shit at random.
Posted by Lora Hughes at 04:35 No comments:

It’s Saturday and blog time, but there’s nothing in my protected, overfed life that’s worth talking about after what happened in Paris.

It takes a lot of little dehumanising steps to get to dehumanising rage.  Like having a microphone shoved in your face after the death of twelve colleagues to be asked, Were they wrong to go so far?  Or being called a coward for blurring the offensive cartoons in your publication.

Before you know it, you’re not safe going to the grocery store or sending your kids to school.  You’re angry and helpless, looking for someone to blame.

So you legislate how much of her face a Muslim woman can cover.  You protest the building of a community centre near Ground Zero.  You make a crazy quilt of evocative ideas such as freedom, liberty, equality, and embroider them together with fear, anger, phobia, hatred.

Were they wrong to go so far?  The French journalist responded, You don’t argue with the dead.


There are nearly twenty dead, including the terrorists.  Each life lost, started as a child in someone's arms.  How many dehumanising steps did it take for that child to give up his life for the opportunity to destroy someone else's?  That's a question worth answering.
Posted by Lora Hughes at 04:51 No comments: