Six on Saturday is a weekly diary hosted by The Propagator & contributed to by gardeners all over the world.  For links to other SoS blogs, check out Mr P's comment section & the Twitter hashtag, #SixOnSaturday.

I wondered if the garden'd have anything on offer this week.  It surprised me with little pockets of colour.

My calendula haven't stopped flowering since summer, although much less enthusiastically.  These grew from seeds collected in 2018 & sown directly into the bed. 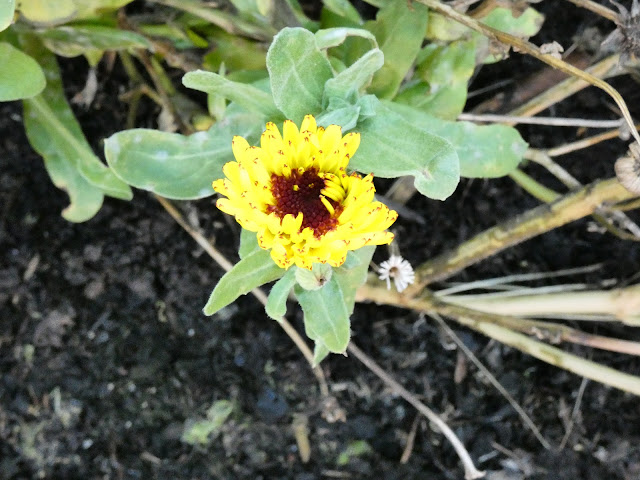 Their ancestors, the deep orange Indian Prince, & Snow Princess, which looks beige rather than white, both reproduced true.  There's also this little beauty from their seeds, yellow with a brown centre & tiny flecks of brown on the tip of each petal.

The rosemary's been another constant bloomer since late summer, despite an impressive growth spurt which easily tripled its size this year. 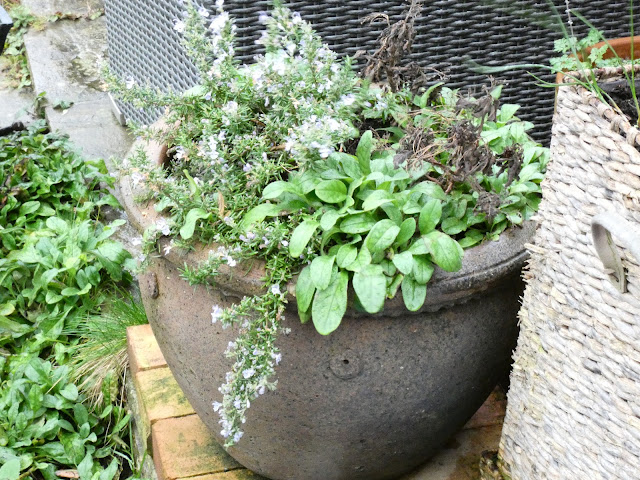 Its original pot mate, the heliotrope, bit the dust weeks ago.  I'm hoping the ubiquitous forget-me-nots open up before the rosemary's done.

This hellebore's been another good performer, first blooming last spring, then after a few months' slumber, blooming again in early autumn until now. 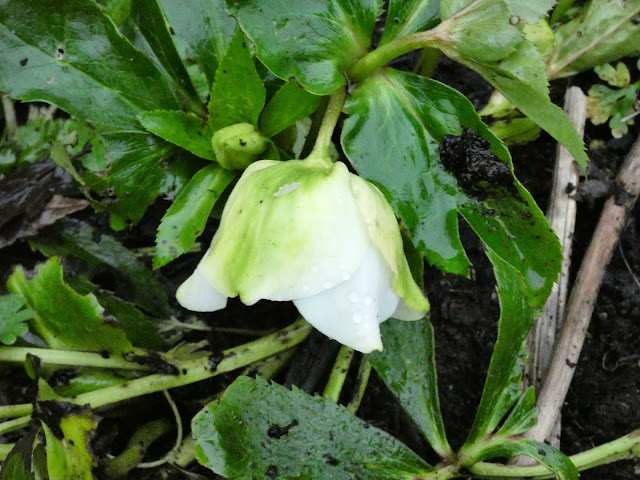 It's produced a lot of seeds, but no sign of new plants.

My columbine have all gone to sleep, or been reduced to a few straggly, wind battered stems, except for this one only now changing colours. 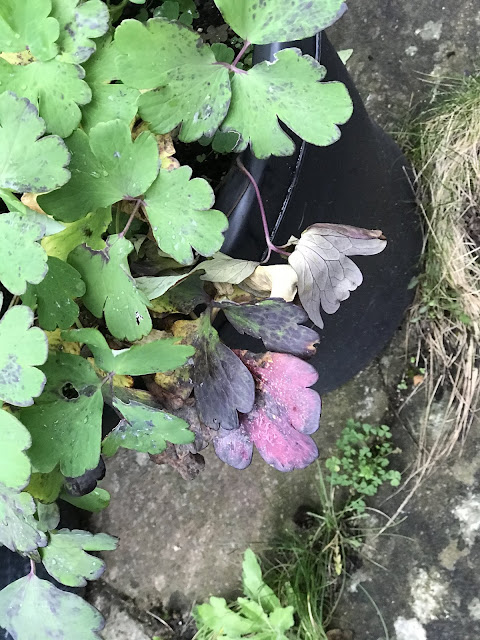 It's in the laburnum pot with some nigella in bud that were featured here a coupla weeks ago.  Apparently a nice warm spot for plants. 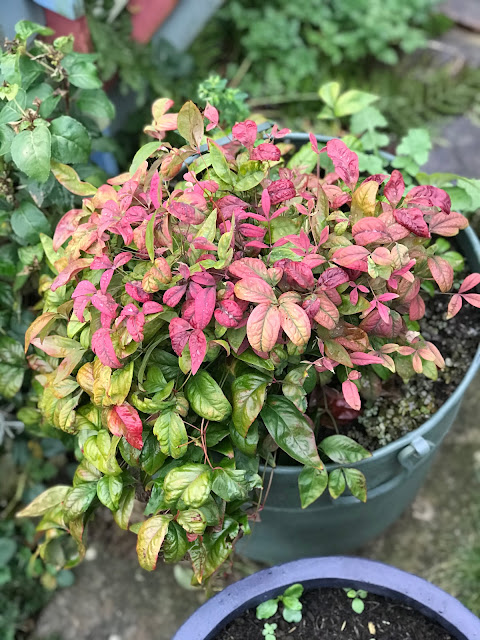 I expect when it matures, the leaves'll all be green throughout summer, but hopefully this year we'll get some berries on it.

The romanesco plants have 5 shockingly yellow heads so far. 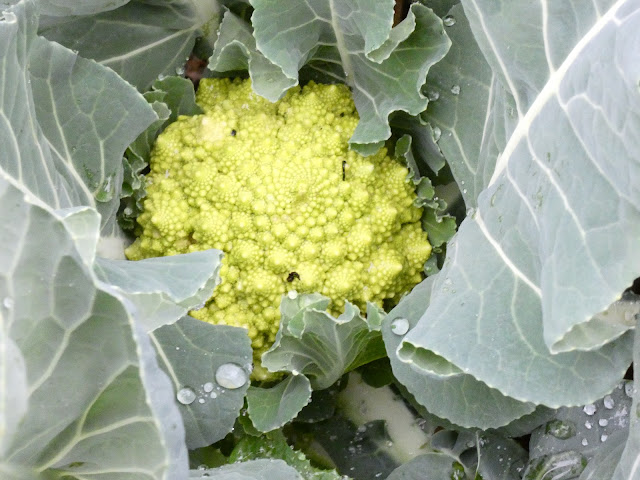 
That's it for this week.

Thanks for stopping by.  Hope to see you next time.
Posted by Lora Hughes at 01:38