Giving In, Getting Curried, Blessed Rain

Six on Saturday is a weekly diary hosted by The Propagator & contributed to by gardeners all over the world.  For links to other SoS blogs, check out Mr P's comments & the Twitter hashtag, #SixOnSaturday. 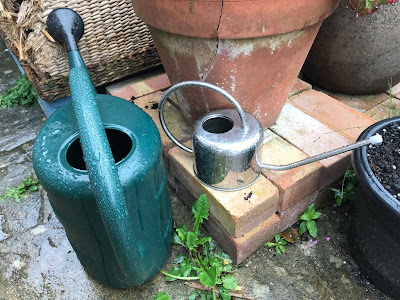 The tap connector broke off inside the hose during our recent dry spell.

Obviously, I can't walk into a store with the broken bit & get it replaced.

We measured in imperial & metric, emailed photos & got back false assurances that THIS connector would fit.  Repeatedly.

It rained during the wait for Connector #5 to arrive.  I was a little bit happy.

Ah, that familiar morning greeting at this time of year . . . 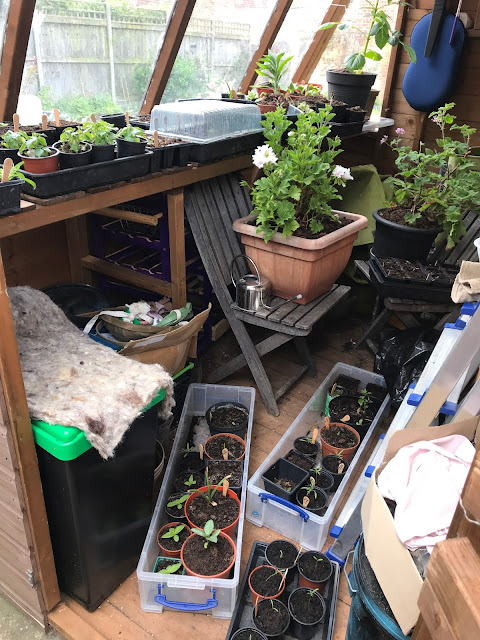 . . . followed by the twice daily shuffle to facilitate hardening off.

I love, love, love bear's breeches, but as our shady borders are so dark, chose a variegated one destined to have pink flowers - White Water, perhaps? 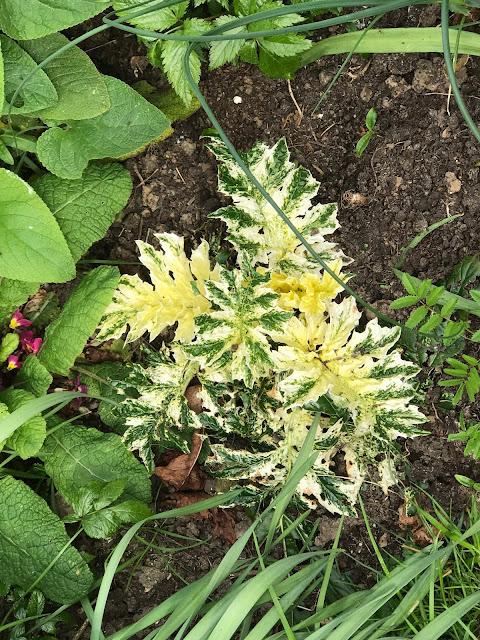 It didn't bloom last year & Mr P warned that his never did.  Love the foliage anyway, as it does brighten up that dark little corner.  Hopefully it gets taller, even if it doesn't bloom.

Last summer, our first here, the back garden got so hot, the house doors wouldn't close.  Plants sizzled that should never sizzle in the UK.  We planted climbers over every possible surface, but a nice tree was needed.

I resisted that idea because we rent, but already the back garden feels like the US south.  The best place for a tree is where the beehive composter sat, giving some shade while leaving the majority of the garden to sunbathe. 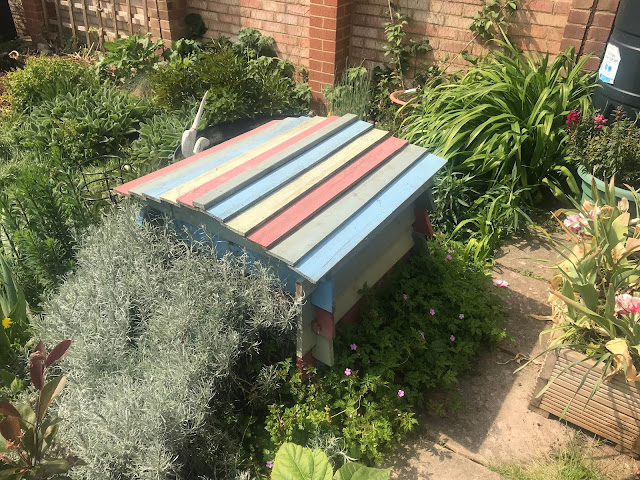 I planted an Empress Tree, one of 4 grown from seed collected in a local park.  They're the fastest growing hardwood tree there is, which tipped me in its favour.  At the moment, it's 12" tall, & shall be measured frequently to see if it grows as fast as they say. 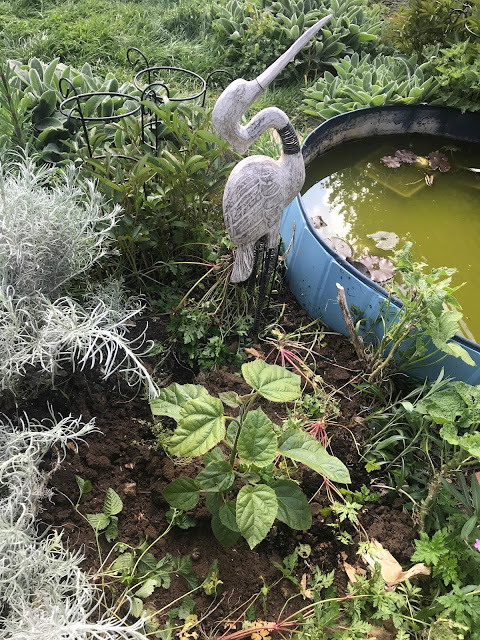 You may've noticed the curry plants next to the beehive's original spot.  I've spent days smelling of curry, thanks to the cardigan I wore during the move.  It's been fabulous.

The beehive is used for storing trugs & plastic bottles of stuff, thus easily relocated.  The dead sticks in front are a fuchsia dug up for a gardening friend who got the virus (she recovered).  The fuchsia's yet to let me know if it survived being replanted. 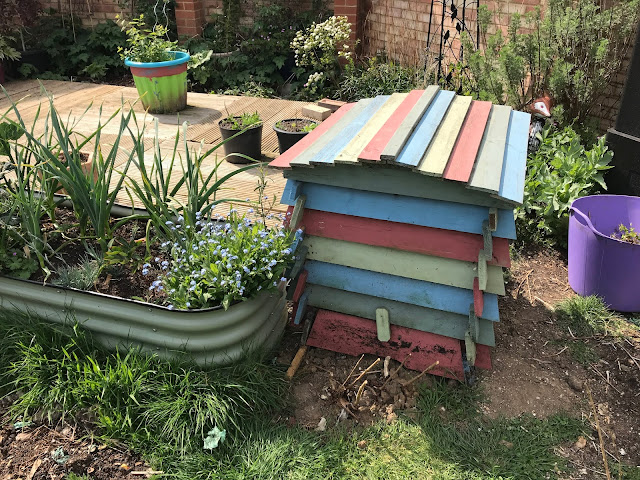 Back in March, I knew I'd remember which seed got planted in the little square pot & which in the little round pot.  Being the cognitive giant that I am, I did not.

Only one germinated.  So if you please, is it Datura or Rude Becky?  Here's the top of the leaves . . . 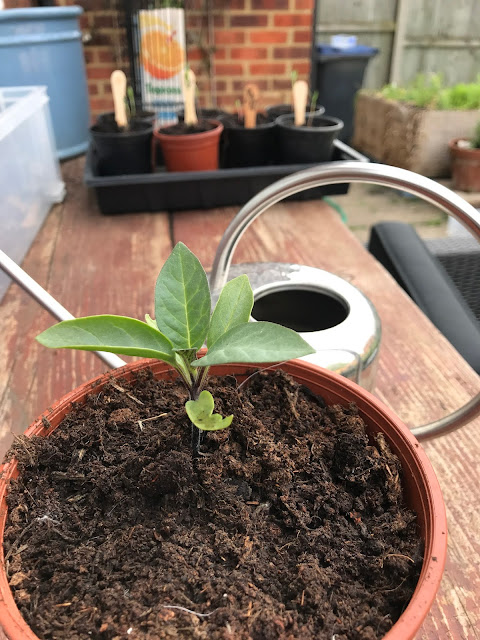 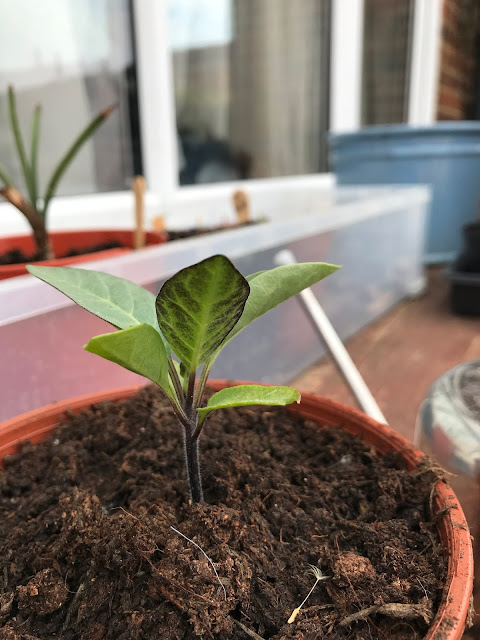 This little fella really surprised me by blooming.  Not a one of his friends looks close to opening yet. 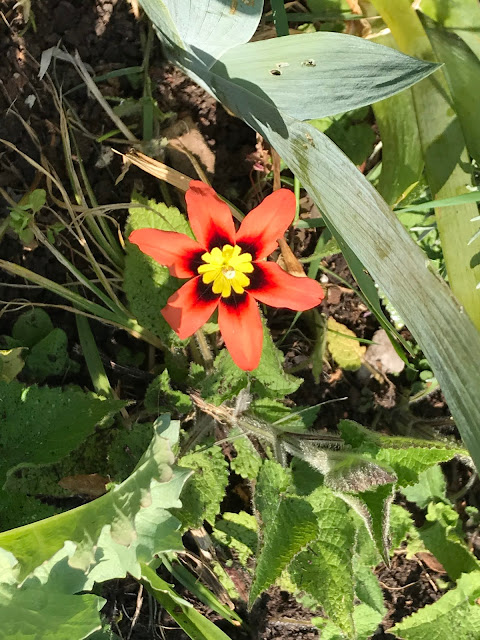 These plants give more than they expect back.  Stick 'em in the ground & they just get on with it, in colours to knock your socks off.  My kinda plant.  If only they lasted longer! 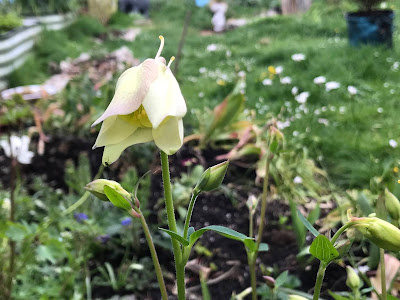 That's it for this week.

Thanks so much for stopping by.  Hope to see you again soon.

Here's looking at you.